Sefton Fross is a leading full-service law firm in Nigeria internationally recognised for its expertise in corporate, commercial and mergers and acquisitions. 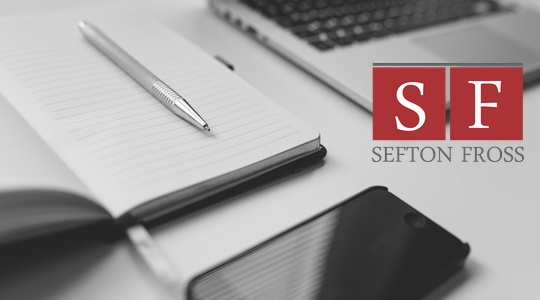 This Volume will discuss other types of corporate reorganisation, with the aim of giving readers options in structuring transactions, for optimal results. The choice of a structure will ultimately be guided by costs and time efficiency, quantum of the distributable reserves, tax implications and level of regulatory oversight.

“Arrangement” refers to any change in the rights or liabilities of members, debenture holders or creditors of a company, other than a change effected under any other provision of CAMA or by unanimous agreement of all parties affected thereby. Arrangement may be on sale of the company’s property during members’ voluntary winding up; or a compromise between a company and its creditors and/or members.

Arrangement on Sale is a method whereby the members in general meeting pass a special resolution for the company to be wound up, and a for a liquidator to be appointed who is authorised to sell the whole or part of the company’s assets to another organisation in consideration or part consideration of fully paid shares or other interests in the transferee and to distribute the same in species among the members of the company according to their rights in liquidation.

Under an arrangement on sale, a dissenting member or creditor may have his interest purchased by the liquidator at a mutually agreed value (in a private company without alien participation) or as valued by the Securities and Exchange Commission (SEC) (in a private company with alien participation or public company). An application need not be made to the Federal High Court (FHC) save where a member obtains an order (i) within one year of the special resolution, granting relief on the ground that the company’s affairs have been or are being conducted in an illegal, unfairly prejudicial or oppressive manner; or (ii) for creditors’ voluntary winding up.

Arrangement or compromise is a method whereby a company comes to an arrangement with its creditors and/or members to accept less than what they are entitled to as full satisfaction of their interest.

Here, the company is required to make an application to the FHC to convene a meeting of the creditors or shareholders who may be affected by the scheme. At the court-ordered meeting, a special resolution to sanction the scheme will be passed, and a report of the meeting will be sent to the FHC for an order approving the scheme. The FHC refers the scheme to the Securities and Exchange Commission (SEC) to investigate the fairness or otherwise of the scheme, and upon approval by SEC, the scheme is sanctioned by the court.

Any form of arrangement or compromise may be achieved under this procedure, provided it can be conceptualised by the company, it is not illegal and can achieve the requisite majority of votes.

B. Mergers and acquisitions

Mergers and acquisitions may be structured as a share purchase, an asset purchase or a joint venture.

In a share purchase, the buyer acquires the majority of the shares of the target company from its shareholders. Consideration for this acquisition may be in cash or the shares of the acquiring company, an issue of loan notes or an amalgam of the foregoing.

Share purchases are beneficial to sellers, as capital gains tax is not chargeable in respect of the sale of shares. Also, all the assets, contracts, and intellectual property of the target are transferred to the buyer automatically, making the acquisition less disruptive and expensive.

Asset purchases, on the other hand, can be complex and time-intensive due to the additional effort needed in finding and transferring only the specified assets less liabilities. Asset sales also come with higher tax consequences such as capital gains tax. Also, buyers may end up losing important non-transferable assets such as permits or licenses.

A demerger may be described as the opposite of a merger. It is the separation of business activities within a group or conglomerate, to be run under separate management, while still retaining the same shareholders.

Demergers may be structured by a parent company declaring a dividend in specie of the shares of the subsidiary being demerged; pursuant to a reduction of share capital; by way of a scheme of arrangement; or by an arrangement on sale. Section 7(a) of the Finance Act 2019, removed the double taxation effect of Excess Dividends Tax on dividends paid out of retained earnings and franked investment income, thereby paving way for more of demergers by way of declaration of dividend in specie in future.

A takeover involves an acquiring company making a bid for a publicly listed company, leading to the acquirer becoming the majority shareholder of the target. The Investment and Securities Act (ISA) and the SEC Rules and Regulations provide for a person who – either alone or together with persons acting in concert with him – acquires shares, which carry more than a prescribed threshold of the voting rights of a public listed company, to make a Mandatory Takeovers (MTO) Bid to the holders of any class of equity share capital in which such person or any person acting in concert with him holds shares.

One of the benefits of a scheme (of arrangement, compromise or merger) or. take-over bid is the ability to “squeeze out” dissenting shareholders. A squeeze-out allows an acquirer to acquire the shares of minority shareholders who would rather not part with their shares, once the acquirer can obtain the requisite majority of votes – 75% by way of poll in a scheme and 90% of the shares in a take-over bid.

Having given a broad overview of other possible methods of achieving a corporate re-organisation, the next article in the Series drill down a little deeper on the methods to provide more context on what typically informs a choice of one method over the other, before going ahead to discuss the reconstruction process and how advisers like to proceed.

At the end of the Series, readers should have an understanding of what reorganisations entail, gain insight about the legal framework, transaction structures, issues and how they may be addressed, and an overall broad view of the mechanics of reorganisations in Nigeria. The information and opinions in this publication are provided for general information only. They are not intended to constitute legal or other professional advice. If you would like additional information, please contact the author at o.anyanechi@seftonfross.com.