Investors on Orbitt platform focus on East and West Africa

Despite lockdown measures and global travel restrictions, the number of investor enquiries made through the Orbitt platform continues to grow. However, the aftermath of the macroeconomic events that occurred in 2020 is still being reflected in investor sentiments and risk appetite for transactions. Issues such as “non-payment of eurobond debt service”, the “drop in oil prices” and most especially “access to foreign currency” have been cited as key considerations from investors.

As currency concerns across the continent continue, investors on the Orbitt platform have seemingly focused on businesses with some foreign currency income as a risk mitigant. Other risk mitigants such as holding company guarantees, currency hedging and additional insurance products have been heavily emphasised in deal structures. Generally, global investors favoured companies with exports from Africa to both Asia and Europe, whereas African banks and more regional-based players expressed interest in the import-focused transactions. 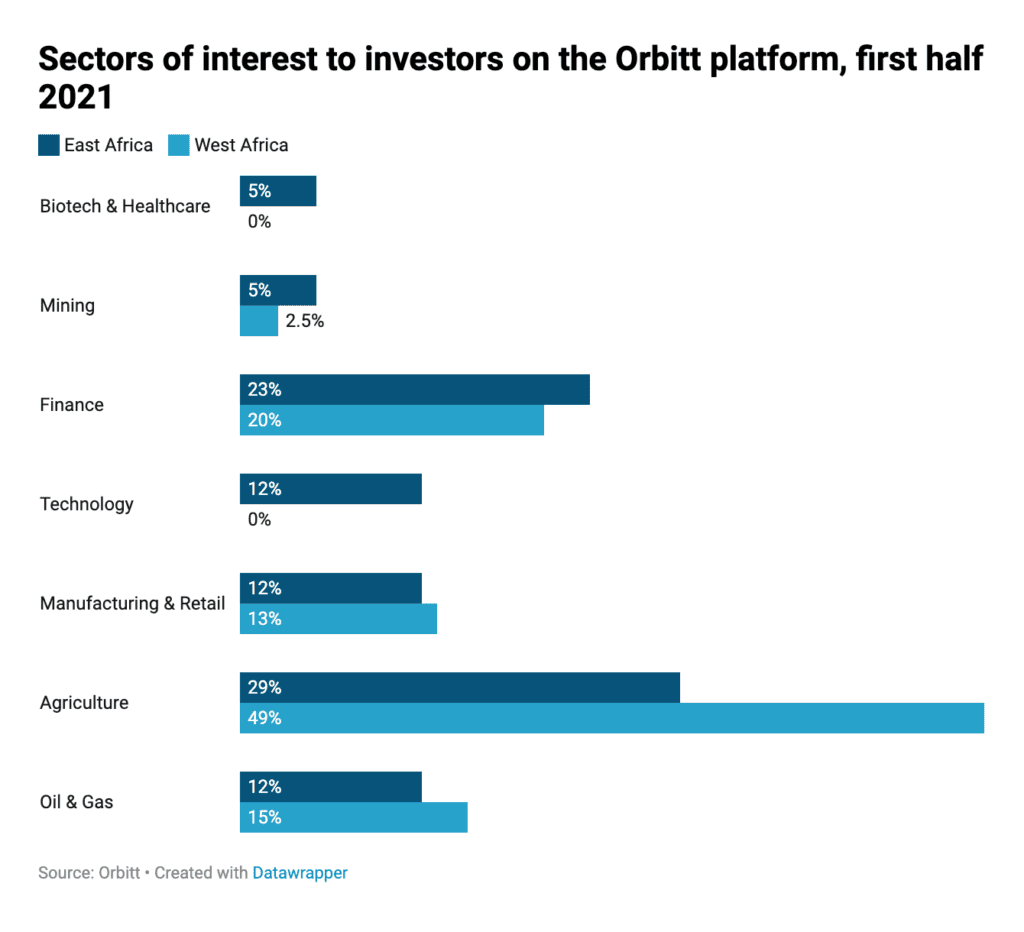 In the commodities space, agricultural commodities continue to attract investor interest but a reduction in activity has been observed in East Africa when compared to West Africa. This can be attributed to the increased risk perception and investor sentiments towards the larger global trading companies who were previously very active in East Africa. As a result, investors on the platform have geared their focus towards the smaller locally headquartered trading companies in the region.

Opportunities in Africa continue to be of interest to investors, specifically in West and East Africa despite macroeconomic factors. Lenders continue to employ additional risk mitigating features and credit enhancements to their deal strategy, while favouring transactions supporting the exportation of goods and services from Africa to both Asia and Europe. 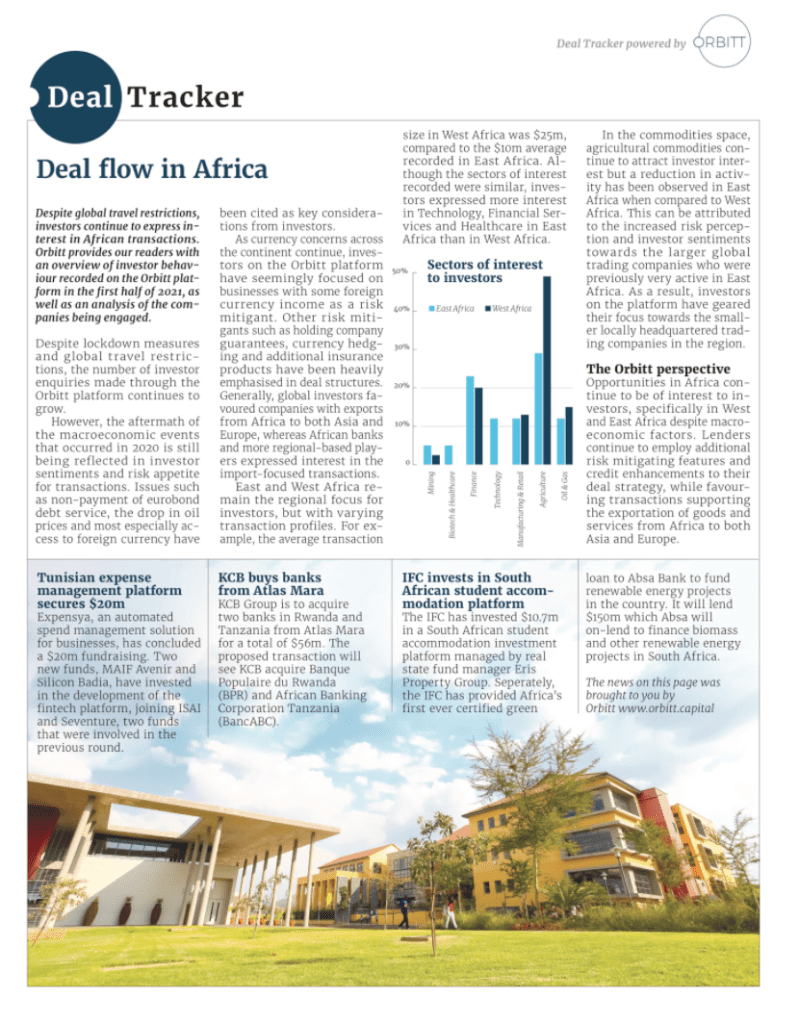