AfCFTA in 2020: Challenges ahead and keys to success

The African Continental Free Trade Agreement (AfCFTA) entered into force on 30 May 2019 after receiving approval from 54 out of the 55 African Union member states. The agreement, making Africa the largest global trading bloc since the establishment of the WTO in 1994, aims to boost intra-African trade, reduce dependency on foreign markets, and ultimately boost economic collaboration between African states.

Optimism for the agreement is shared not only among signatory states, but also by global financial institutions such as the IMF who project an impressive boost in intra-African trade of 52.3 percent by 2022.

Overcoming the hurdle of modest intra-African trade is at the core of the AfCFTA’s intentions. Exports within the region currently make up a mere 19 percent of total trade volumes, which pales in comparison to intra-Asia trade at 59 percent and intra-Europe at 69 percent.

Amidst shared optimism, many experts caution against unmanaged expectations. They stress pre-existing nuances that are particular to African markets or industries and can frustrate trade collaboration between states.

As it stands, many countries across the continent are heavily dependent on commodity exports. Nine out of the region’s top ten sector exports are raw materials. The reliance is particularly evident in Sub-Saharan Africa, where oil and gas exports averaged US$171 billion in 2018, making it the largest exported commodity, with precious metals taking second place.

It is also important to consider how poor investment into the industrialisation process and infrastructure projects can thwart attempts at diversifying exports within the region. The continent is likely to remain heavily reliant on foreign imports of goods and services in the short to medium term, trading predominantly in agricultural produce. This is while the young manufacturing sector continues to develop.

Other barriers to intra-regional trade include a severe information and data deficit, along with volatile tariff and non-tariff barriers and entrenched government bureaucracy.

So, what are the important considerations for the AfCFTA to be successful and achieve its objectives?

The role of African finance institutions in facilitating this agreement is critical, particularly during its embryonic stages. The capital and institutional support provided by the African Development Bank (AfDB) certainly suggests that the institution is wholly dedicated to seeing the AfCFTA succeed.

We are also seeing strong support for the various trade information projects across the continent, such as the Afreximbank’s Mansa platform, which is a digital platform launched in 2018 to provide primary Customer Due Diligence data for financial institutions.

Afreximbank’s Trade Information Portal (TIP) initiative may prove to be important in plugging the data gap, thus stimulating intra-regional trade finance and funnelling investment. According to Global Trade Review (GTR), the portal acts as an online repository of information products for importers and exporters looking to access African markets or expand existing operations across the continent.

Approaching the infrastructure issue requires continued collaboration with international partners through platforms such as the Africa Investment Forum and the Program for Infrastructure Development in Africa (PIDA). Developed infrastructure is essential to ensure that people, goods and services can be efficiently transported across the continent.

Large African corporates absorb the lion’s share of the available trade finance funding while SMEs and first-time applicants face significant challenges in access-credit facilities from banks and alternative lenders. Networked platforms, big data providers and IT payment systems can help increase the credit worthiness of these companies so that they can raise finance and take advantage of the AfCTFA. 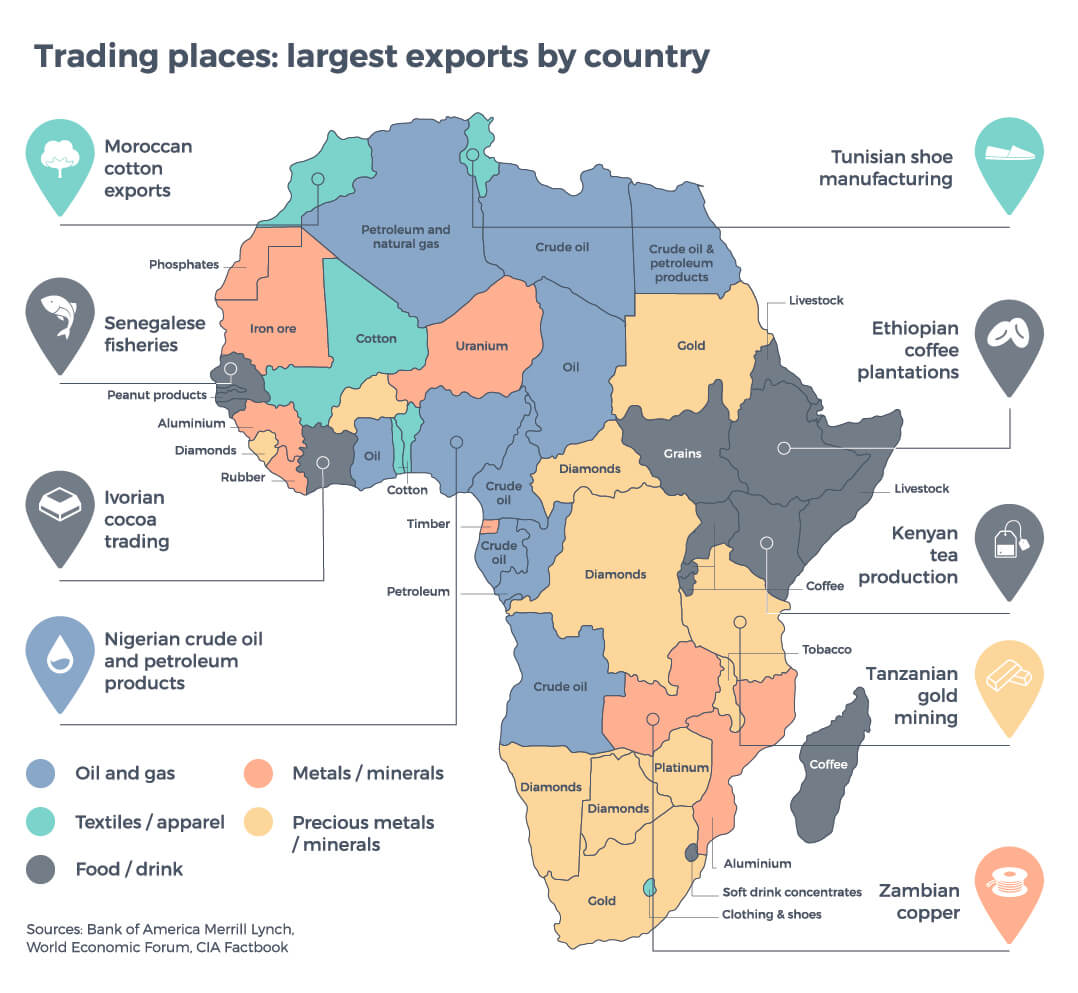 Trade remains the cornerstone of African economies and contributes 51 percent of the continent’s total GDP per year. Within this context, the widening trade finance gap needs to be bridged through a multifaceted approach from DFIs, banks, traders and governments.

An economic area is no longer defined by traditional boundaries, rather by digital data flows. In digitising its Free Trade area to enable the continent to incorporate at scale, Africa can set the pace for the future of trade across the world.