Mozambique is no stranger to mega-projects, including more recently the development of gas resources offshore. The  $4.87bn project financing of the Coral Sul (South) Floating Liquified Natural Gas (FLNG) unit in Mozambique is a first for Africa. The unit will operate 80km from the coastline, extracting gas from wells located at a depth of 2km and producing approximately 3.4m tonnes of exportable LNG per year. RMB provided the largest funding commitment by an African bank, demonstrating their appetite to unlock opportunities for clients in the oil and gas sector.

The Segilola gold project: a template for developing the Nigerian mining industry

The Segilola Gold Project, billed to be Nigeria’s first large scale commercial gold mine, is located in Osun State, Nigeria and owned by Thor Explorations, a Canadian company listed on the Toronto Exchange. Thor sought to raise $98m as capital costs and working capital to bring the project to the production stage and has to date secured funding commitments in excess of $104m. 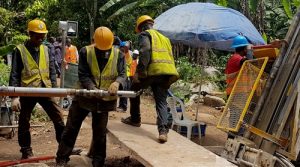 The African Finance Corporation has committed $86m in debt and equity to the project and now holds 19.5% of the issued shares of Thor. Thor has also signed a lump-sum turnkey EPC contract with Norinco for the works. The project is scheduled to commence operations at the beginning of the second quarter of 2021. Nigeria has vast reserves of untapped mineral resources, which policymakers have paid lip service to developing for decades. Mining has always been viewed as the most viable option to diversify from the over-dependence on petroleum in the short to medium term. The Segilola project may be the catalyst to incentivise investors and the template for developing the Nigerian mining industry.

Helium Health, an electronic medical records company based in Nigeria, has closed its Series A investment round. The investment round was led by Global Ventures, a UAE based venture capital firm with a focus on enterprise technology investments across Africa and the Middle East. The round was co-led by Africa Healthcare Master Fund with participation from US and international VC firms, such as HOF Capital, Tencent and Y Combinator. 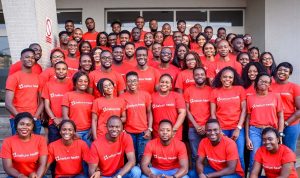 Founded in 2016, Helium Health has developed a digital solution to the problem of recordkeeping in the Nigerian healthcare space where hospitals often record patients’ information manually, allowing for a huge absence of concrete data, longer waiting times and possible mistakes on existing records.

The company has built a solution around the peculiarities of the African market by developing an electronic medical records (ERM) system that healthcare providers, regardless of their levels of computer literacy, can use. The proceeds of the investment will be used to support Helium Health’s operations and expansion plans across Africa.

Global Ventures was advised on the investment by global law firm King & Spalding.

Besides DEG, the consortium comprised Ecobusiness Fund Africa (Finance in Motion), Finnish DFI Finnfund and French DFI Proparco, as well as a tranche from EFP – European Financing Partners, the co-financing vehicle of European DFIs in cooperation with the EIB. DEG acted as mandated lead arranger.

ETG, a major player in the agricultural supply chain of many African and Asian countries, owns and operates more than 460 warehouses and over 120 processing plants. The facility will enable it to further stabilise and develop its business.

Vantage Capital, Africa’s largest mezzanine debt fund manager, announced that it has fully exited its investment in Vumatel, the largest fibre-to-the-home network provider in South Africa. The company was established in October 2014 by Niel Schoeman and Johan Pretorius, industry veterans who had previously started up the Birchman Group and Conduct Telecom before creating Vumatel.

At the time of Vantage’s investment in 2016, Vumatel had deployed its open-access fibre optic network across 14 suburbs in Johannesburg, passing 16,000 homes and had secured around 4,000 subscribers. It had also received an equity investment from Investec Equity Partners.

Fintech startup FairMoney is building a challenger bank in Nigeria and beyond. The $13m debt facility was provided by Lendable, an Emerging Market fintech lender. The fresh capital injection is expected to help FairMoney reach a run-rate disbursal of approximately €200m ($219m) by December.

FairMoney provides a fully digital solution to lending and banking services, all via a mobile app. Lendable is a data-driven fintech lender. It has deployed over $50m to date with offices across Nairobi, Singapore, London, and New York.

Aldelia, one of the leading pan-African human capital groups (recruitment, outsourcing & HR services), is further accelerating its growth in Africa.

Having served global world groups across Africa as well as large African companies for the last 15 years, the group is opening in six additional countries.

Through its recent partnership with the IOM-Match Project, funded by the European Commission, Aldelia has launched earlier than planned its online HR marketplace, which is already catering for 150,000+ African talents.

The Areebajob platform provides access to African candidates willing to market themselves across the continent to all Aldelia clients. The platform will provide a full set of online training content and tools to develop employability online.

Having raised $1m in 2018 with TLG Capital, Aldelia is now in negotiations to secure additional funding to support its rapid growth as well as selectively looking for bolt-on acquisitions to complement its geographic footprints and service offering.

TAU is a leading provider of higher education and is looking to raise $10m.

Established in 2010, it has campuses in South America and sub-Saharan Africa. It has a portfolio of 52 courses and over 4,000 students from more than 80 countries have enrolled in its programmes (face to face 1000+, distance & online programme 2800+, postgraduate 600+).

The group is extending into sub-Saharan Africa to tap the largely untapped market for higher education and aims to establish itself as a leading player in the region by 2025.

Its first campus in the SSA region has been operational in Zambia since 2017. Three more campuses, one each in Ghana, Rwanda, and Ethiopia, are being set up to be fully functional by 2022.

The four campuses are projected to have, combined, 10,000 students on campus and the same amount enrolled under the Distance and Blended Learning Programmes
(DBLP) delivered online. The business projects revenues of $38m by 2024, with an EBIDTA margin of 39%.

Read this Deal news, including Deal of the month and more via African Business Magazine 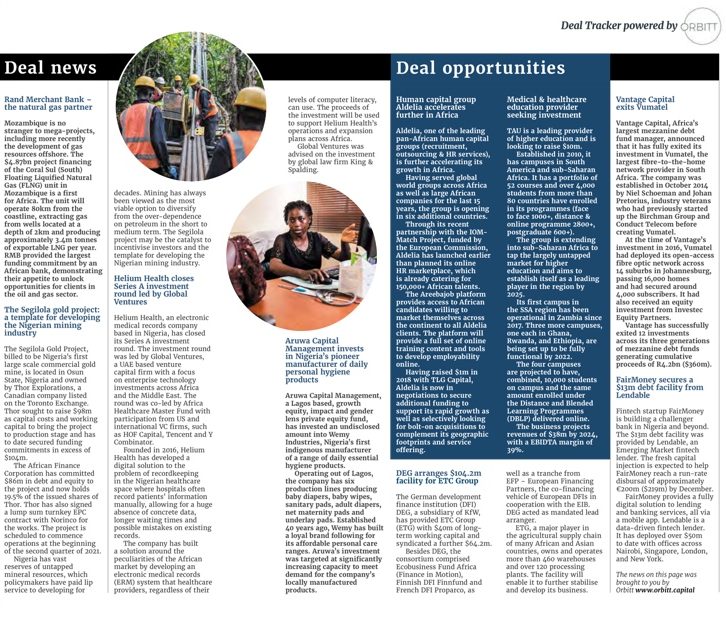