Deal origination is a labour-intensive process, especially when conducted through traditional methods, such as accessing business owners in the immediate network, screening through inbound leads, speaking to investment intermediaries and proprietary deal sourcing.

Empirical studies by FF Venture Capital show that a middle-market PE firm spends over 6,000 man-hours per year (3 personnel) to complete only 1 out of the 80 leads it reviews.

This is clearly not sustainable, and as with most industries today, the African trade and investment industry is facing an environment that is being transformed by current events and digital innovation.

The total value of Africa PE fundraising was 3.9 billion U.S. dollars in 2019, with 1,046 PE deals completed on the continent between 2014 and 2019. Furthermore, the number of fund managers increased by more than 30% over the same period (AVCA Report: 2020 African Private Equity Data Tracker). The combination of steady growth and the entrance of new players has invariably led to increased competition for investment targets.

Another factor directly impacting deal sourcing on the continent is the physical location of fund managers. Not all Africa-focused funds are necessarily headquartered on the continent, and when they are, their country coverage can extend beyond their market presence. To manage this logistical challenge Fund Managers rely heavily on traditional methods of deal origination such as access to business owners in their immediate network, inbound leads, investment intermediaries and proprietary deal sourcing. What’s more, they must embark on multiple travels to target countries, which is not always possible or efficient.

When combined, all of these factors tend to lead to an increased spend on deal origination per deal, or an overall higher transaction cost per deal for African funds when compared with industry peers in more developed markets. We believe this invariably impacts fund performance and eventual returns, particularly during tight market cycles.

This presents fund managers with new challenges and the need to rethink how they originate investment leads, particularly in the mid-market where the competition for deals is most prevalent. 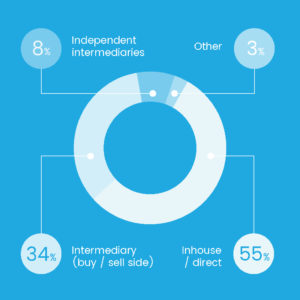 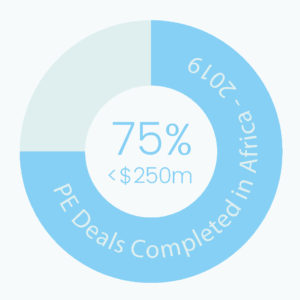 How to go digital with deal sourcing

Managers can gain a competitive advantage in their deal origination process by embracing some of the available network platforms and technologies.

Some of the more generic social media platforms currently being used include LinkedIn groups and other industry platforms, all of which provide a medium for reaching out to a wider audience.

However, the most overlooked tools within the African trade and investment space are deal origination platforms. These platforms and their intelligent data matching capabilities can provide investment managers with:

Deal origination platforms also provide other key advantages to investment firms, such as:

That means your message is only directed at professionals who share the same business ethics and principles as you. As a result, you can expect a professional interaction when you find an opportunity that’s of interest.

When a fund manager posts a buy-side mandate, you essentially highlight the target sector, geography and deal size that your fund is interested in. Through smart matching algorithms, deal platforms are able to generate and notify you of deals that match your mandate. This will lead to an increased conversion rate and a reduction in the man-hours spent on deal screening.

From our cursory survey, we found that over 40% of PE funds still use Microsoft applications for deal tracking and other CRM activities. From origination through to deal close, deal sourcing platforms enable you to handle your entire deal process on purpose-built software. This enhances the amount of data captured throughout the deal process, which can also be used as part of the information in a feedback loop for best practice and insight.

The feedback loop also allows for some of the processes involved in deal origination to be automated. Take for example the number of man-hours often spent in executing an NDA or the sharing of and tracking of deal-specific documentation. Who has sent what? Who has signed what? And where are we with X and Y transaction?

Fund managers are intimately familiar with measuring portfolio company KPIs and performances. Nevertheless, we found that they are less rigorous with capturing and measuring their own deal origination data. This is understandable, as it’s not the easiest of things to do, but nor is it the best use of scarce resources.

However, with the deployment of the right deal origination platform, data like phone calls made, deals brought to pipeline meetings, NDAs signed, DD approvals given, documents received versus awaiting and LOI sent, can now be tracked with remarkable detail and reported at the click of a mouse.

All of this data can help with measuring conversion ratios, performance management, and industry benchmarking. From now we believe this will form a differentiating factor and demonstrate to LPs a USP when on fundraise roadshows.

The time to go digital is now

With that in mind, the need for traditional human contacts will remain a fundamental aspect of the deal origination and investment process.

That said, as with most industries that are being transformed by digital innovation, we believe that enhancing your deal origination process through smart deal platforms could prove a key differentiator between average and exceptional fund managers.