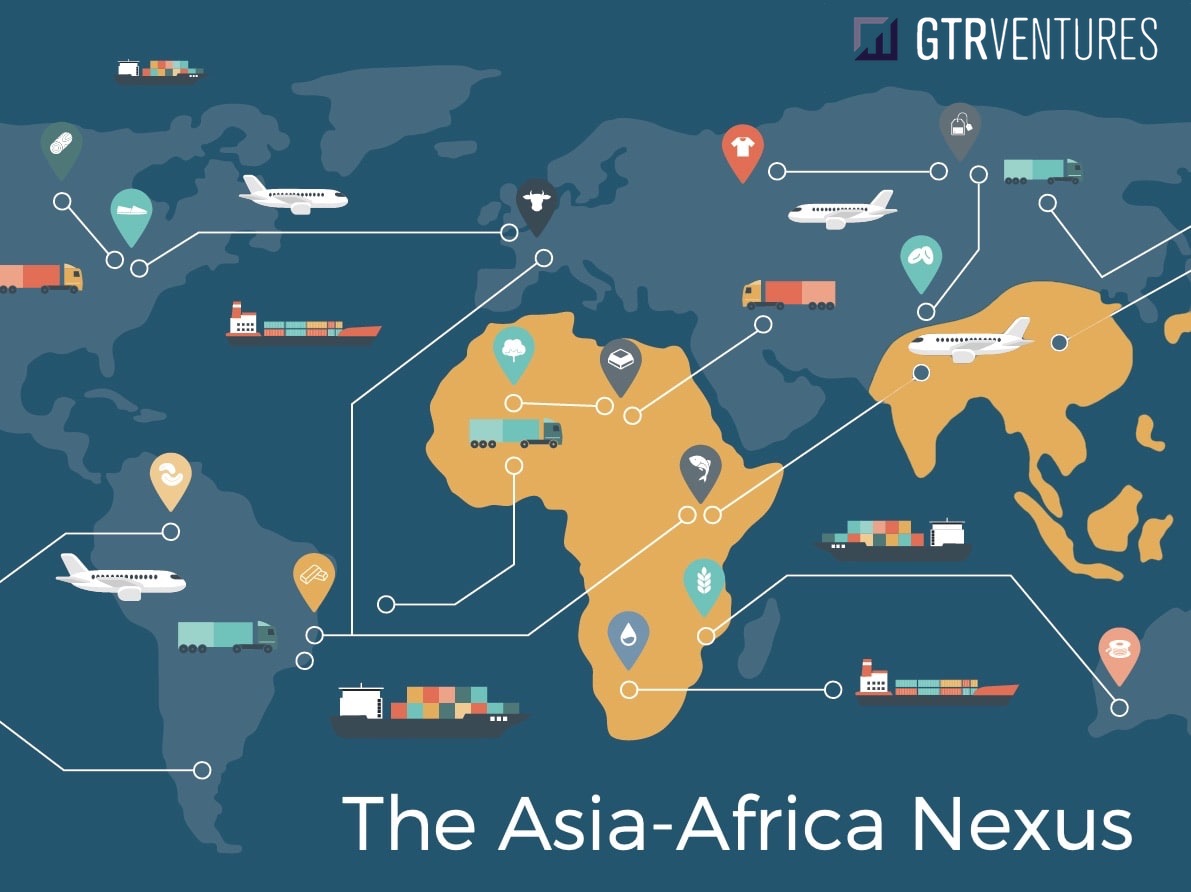 Trade and technology with Africa’s number one trading partner

Conversations about trade relations between Africa and Asia tend to contain a few common terms: infrastructure, China, investment, gap. There is a tremendous infrastructure investment opportunity in African countries and yes, China has been pouring billions of dollars into the continent.

However, Africans are keen to do more business with Singapore and the rest of Southeast Asia. The continent also lacks the substantial industrial base required to move up the supply chain from being an exporter of natural resources to processed goods. But there is an important and underlying challenge here. For Africa-Asia trade to evolve, we need to acknowledge and address the lack of appropriate financing in this corridor.

It is interesting to observe how African countries have been deepening their trade relationships in a much more balanced way with the rest of Asia, beyond just China, and in particular with India and Indonesia. Exports to Indonesia increased by 147% between 2006 and 2016, while imports grew by 107%. For India, these numbers went up 186% and 181% respectively over the same period. Southeast Asia presents an incredible opportunity for Africa, especially in terms of plugging into global value chains. Indonesia, Malaysia, Singapore and Thailand, are increasing their presence on the continent, while within the region, the main destinations for African products are Indonesia and Thailand.

But the process of industrialisation on the continent is taking longer than it should, due to a lack of available trade finance from Asia exporters, unable to provide African importers with more buyers’ credit. There are several fundamental reasons for this.

The current reality in the market is that financial institutions from Asia, or those based in Asia, are reluctant to take on African risk. There is a crucial lack of understanding, trust, infrastructure, and systems to handle African risk in Asia-based banks.

Historically, Asian banks have not had a presence on, or a direct trade finance channel with, the African continent. Most transactions between Asia and Africa are relayed to a Dubai or London branch, which has impeded Asian risk officers’ understanding of African risk, and therefore their appetite.

For financiers from both regions, the Africa-Asia trade corridor suffers from two other systemic issues: one, persistent information gaps, particularly among small and medium-sized enterprises (SMEs), which makes underwriting challenging and costly; and two, the high costs of currency hedging and swaps in trade transactions, arising from domestic African currencies which are either illiquid and/or subject to strict capital controls.

More broadly, there is currently no free trade agreement between Asian and African countries. Although the African Continental Free Trade Area (AfCFTA), recently signed by 53 countries, could pave the way for a pact between Africa and the regional economies in Asia, the benefits may be limited. This would likely arise from a lack of financial incentives for exporters, obliged to fill out FTA documentation.

By increasing trade finance liquidities along the Africa-Asia trade corridor, current region-to-region trade would grow from $500bn to a projected $1 trillion per annum. Support from multilateral financial institutions, such as the International Finance Corporation (IFC), the AfDB, Afreximbank or the Asian Development Bank (ADB) can input significant support. The IFC’s Global Trade Finance Program (GTFP), for example, which guarantees the trade-related payment obligations of approved issuing banks in emerging markets, or the ADB’s Trade Finance Program, which does the same thing in Asia, are good examples of the ways multilaterals can foster trust within the commercial banking sector. But of the 286 issuing banks included in the GTFP, only about 50 are African.

A dedicated Africa-Asia trade finance liquidity and guarantee fund, funded in part by multilaterals, regional development finance institutions, insurers and banks from both regions, would be an efficient way to catalyse trade liquidity between the two regions.

Much can be done to improve existing payment infrastructure and reduce costs for African counterparts that cannot shoulder the burden of Swift or letter of credit transactions. Why couldn’t a $1m invoice be paid via the likes of a B2B WeChat-like platform in the not-so-distant future? Beyond the payments universe, ecosystems like Orbitt represent an invaluable way for Asian banks and trade finance institutions to access African opportunities. Asia-based individuals can now originate business opportunities and communicate directly with African counterparties without leaving their desk. Orbitt’s trade platform is delivering a source of trade finance transactions within a confidential and scalable network.

As a global financial and fintech hub in Asia, Singapore – home to over 1,200 financial institutions and $700bn of trade every year – can and should leverage its experience and position as a trusted financial intermediary to foster these relations. Events such as the upcoming GTR Asia are ideal fora for such exchanges. Africa- and Singapore-based firms can also work together to support deal platforms such as Orbitt for Africa-Asia trade finance; or create tech infrastructure and portals which reduce the trade information gap, improve underwriting and manage currency risk.

In order to address the trade imbalance between Africa and Asia, financiers, sovereigns, and other trade-enabling stakeholders need to take concrete action by using all the tools and technology available to them to start fixing the trade finance gap today.

Adapted from original, which first appeared in African Business Magazine